skip to main | skip to sidebar

My husband lost one of his closest friends Friday night. It's a sad and awful weekend. He leaves behind a wife and five children. A family we vacation with every year. A family who's kids call each other cousins. A society short, one great man.

This picture sums up the silliness that graced us every day. Peace be with you Clarence. 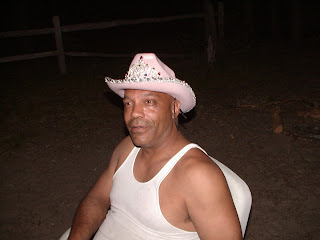 And the news article:

FLINT, Michigan -- Clarence Banks saw himself as a big brother to the bullied.
The 23-year Flint Police Department veteran balanced a hard-nosed approach with a compassion for the people he was charged to protect.
"He stepped up to take care of people's problems," said Keith Speer, a Flint police officer who spent years as Banks' partner on the beat.
Banks, 47, died of a heart attack while off duty Thursday night.
The former U.S. Army drill sergeant was a longtime member of the department's honor guard and one of the city's first K-9 handlers, said Speer, president of the Flint police officers' union.
Banks credited his police dog Midnight with saving his family's lives in 1996 when the German Shepherd awoke him in the middle of the night and alerted him to a ruptured gas line.
The pair spent several years together searching for everything from missing children to robbery suspects before Midnight's death from lupus in 2002.
Speer said Banks also worked narcotics and street patrol but in recent months had been assigned to the city impound yard.
"You couldn't ask for a better backup," said Speer.
Flint Firefighter Rico Phillips recalled an incident when he called for help with a violent patient in the back of an ambulance.
"Clarence opened the door and immediately calmed the patient down," said Phillips."He had a certain way about him."
State police K-9 handler Troy Szukhent, who served in an Army Reserve Unit with Banks, said he had a reputation as a hard worker.
"He always had a good sense of humor," said Szukhent.
Flint Mayor Dayne Walling called Banks a "great officer who served the city for many years."
"He will definitely be missed around here," said Flint police Chief Alvern Lock.
Banks is survived by his wife and four children.
Funeral arrangements by Swartz Funeral Home were incomplete Friday afternoon.

As a step mother who has just had to make the hardest decision about her step son involving the law, this post comes at the best time.

Cops work in negative gain - it's the stuff that DOES'NT happen because of them that cant be measured.

I so love your honesty and transparency, and as usual I find myself in the best of company.

How sad to lose such a remarkable man so very early. It sounds like he touched many lives. 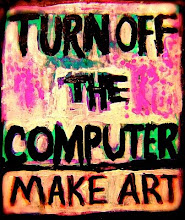 Sandy.....
I'm 40 years old, live in Michigan, have been married for 17 years, have 3 adult step-children we've raised, and one son. I enjoy journaling, scrapbooking, reading, and attending church with my family.